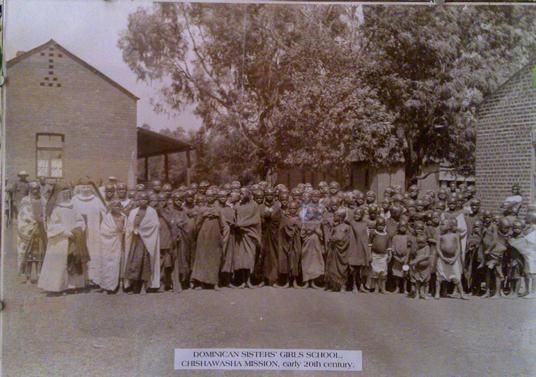 Visiting The Sick
Sister Alexandria and Sister Borromea OSD visiting the sick in the Chishawasha valley in the early 20th century.

Chishawasha later became a national school, pupils came from all over the country. Daughter of Mbuya Nehanda and Sekuru Kaguvi were looked after by the Missionaries after Chimurenga I. Mbuya Nehanda's daughter was later baptised 'Sabina' and she later died about 1964/5.

Chishawasha is privileged to have worked with the first African Court interpreter. President Mugabe's mother, Bonaventure was an early student of Chishawasha. Over the years, post World War II or the 1960s, Chishawasha produced teachers, public servants, nurses, doctors and priests. The first local priests, Isidore Chikowore and Simon Tsuro also came from Chishawasha. Other distinguished individuals who passed through Chishawasha include Martin Muchero, Fr. Fidelis Mukonori, SJ. the current Principal at Chishawasha as of 2015 was a former Chishawasha student.

The first Police Band came from Chishawasha were they had started as a school band. In the 1940s, the band became famous in Southern-Central Africa and they visited Northern Rhodesia (Zambia) and Nyasaland (Malawi). They travelled from Salisbury (Harare) to Cape-Town, competing along the way with any music band and they defeated all right up to Cape Town. The same Police Band had to be hired by Southern Rhodesia Government to entertain King George VI and to sing the National anthem.

The School
The school was initially opened for boys only in 1893 and it started as a farm school. The school was approved by the colonial government in 1894 and girls were later admitted in 1898. In the early days, the school was both academic and technical for both boys and girls. Students were taught building, carpentry, gardening, animal husbandry. Type your paragraph here. 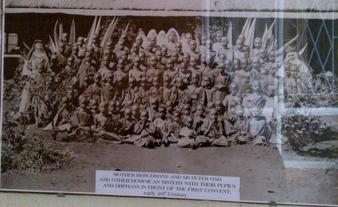 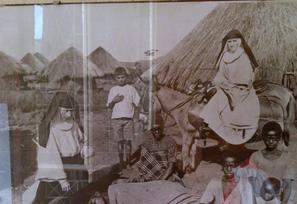 A Catholic School Striving For Excellence

Father Richartz, SJ negotiated with parents to bring their children to school. Parents started experimenting with boys as they were protective of their girls until they were satisfied with what the boys were doing. Girls later joined in 1898 and the Jesuits were in charge of both Chishawasha Mission and School. The Dominicans joined in 1898 and later the LCBL sisters joined in 1934. Girls later expanded their activities into home craft, cookery, sawing and this continued into the 1960s. 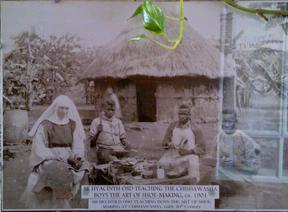 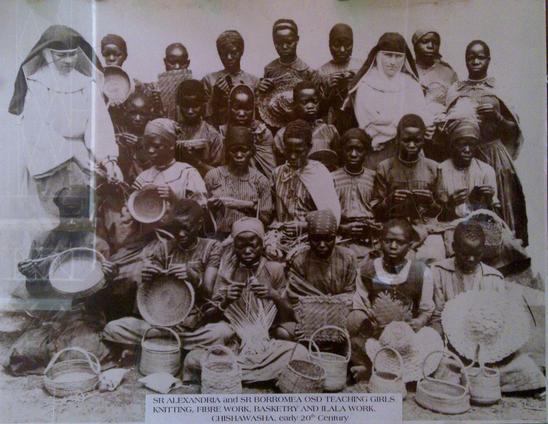 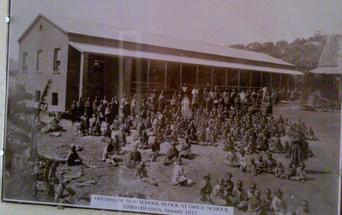 Mother Berchmans and Sister Peter OSD and other Dominican sisters with their pupils and orphans in front of their first convent in the early 20th century. 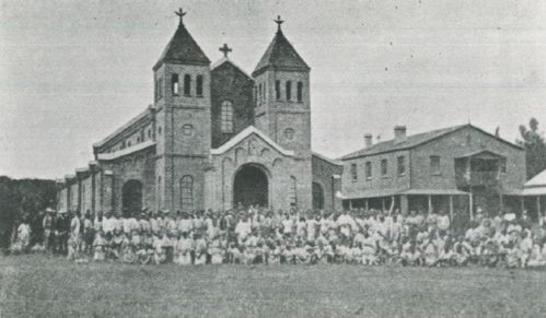